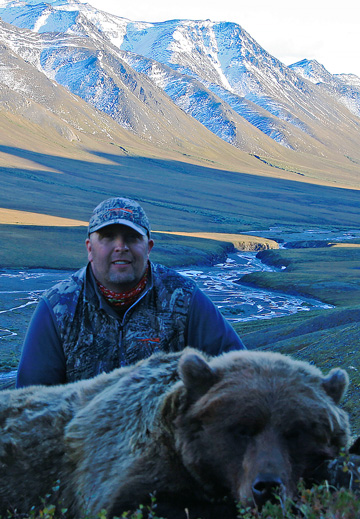 Working from an early age in a family owned farming company, Julian became interested in hunting and started working during weekends guiding for Red Deer in the Scottish highlands. In the mid nineties Julian ventured out from the farming industry and joined a large multinational technology company, specializing in distribution development and civil construction consultancy. It was while travailing on business to New Zealand that he fell in love with not only the breath taking scenery but the abundance of trophy game. Julian’s love for the sport of hunting, led to the development of South Canterbury Outfitters and an additional career in the Hunting Industry started. His belief in the ethics of hunting and high regard for safety in the mountains is a key factor in this 100% Wild 100% Fair Chase hunting business. Julian feels that a major component of the success of South Canterbury Outfitters, is sharing their love for the sport with clients, and the pride they take in the quality of their hunting safaris. Julian is a resident of New Zealand, he currently resides in Denver Colorado. 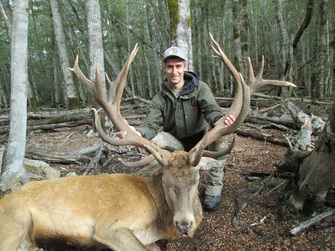 Braden has been a keen hunter since he was a young boy and an Alpine hunter since he was 18. With extensive hunting experience throughout the South Island and North Island, Braden has brought a wealth of experience to our team. Braden has spent his working life on remote high country stations and through this has developed some fantastic relationships and hunting opportunities. During the New Zealand off season Braden guides hunters in Alaska and Canada. 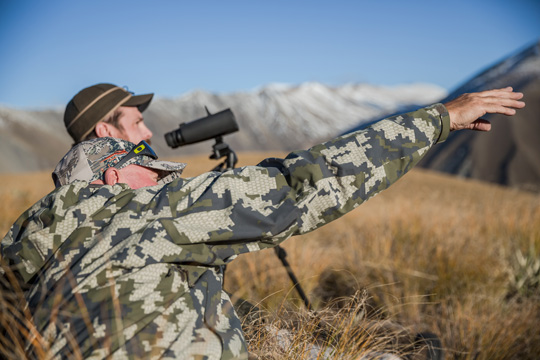 Bill is a natural born hunter and has perfected his craft over many years. In recent times, his focus has changed from meat hunting to the pursuit of trophy hunting. Guiding comes naturally to Bill; he first began taking friends hunting, then it was casual guiding of tourists wanting to be taken high into the South Island High Country so that they too could enjoy the sport he loved. Bill finds that using his hard won hunting skills to place clients in front of a trophy of a lifetime, in the outstanding scenery of his beloved Southern Alps, provides a level of satisfaction and enjoyment that can be found nowhere else.  Bill’s sound hunting ethics and passion for the sport brought him together with Julian Dann – together they developed their 100% fair chase guiding business. Safety,  quality trophies and adventure in this unique part of the world have made South Canterbury Outfitters the optimal hunting experience. 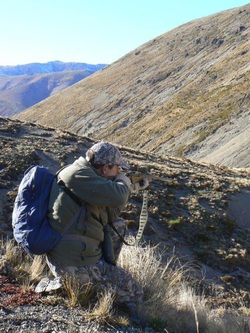 Born in England, Carl moved to New Zealand over fifteen years ago. An experienced fisherman and avid rifle hunter, Carl has been with us for the past six years. In addition to taking care of logistics and meals, Carl also assists with much of our day to day business including phone calls, mailings, hunt coordination, advertising. Every year Carl continues to refine our hunting operation, he prepares the most amazing New Zealand meals and takes care of every logistical detail, Carl knows our business thrives on repeat customers and their friends. Carl enables the consistency in how the hunts are run and strives to improve what makes our hunts a complete success. 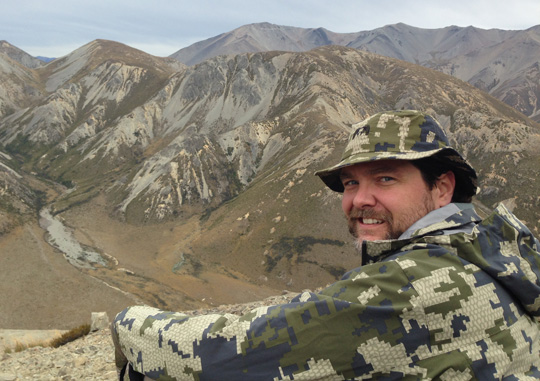 Raised in Oklahoma, Chad grew up hunting, taking his first Whitetail at age 13.  It sparked a passion for adventure that has taken him all over the world and he has hunted ever since. In 2005, after 14 years as an expedition climber and mountain guide, Chad decided to focus on his roots and fair chase hunting. He hunts several styles including traditional and modern bowhunting, black powder and rifle hunting. Following a love of mountains, his preference is for alpine hunting and his focus is on the experience. From the high mountains to the valley forests, Chad strives to provide a hunting opportunity of a lifetime. He resides in Colorado most of the year when not travelling the planet’s remote regions including New Zealand. 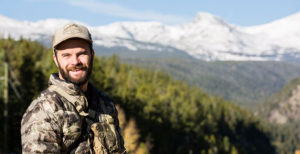 Midwestern born and Rocky Mountain raised, Tucker is an avid hunter, fisher, and snowmobiler. After graduating from Colorado State University with a construction management degree, Tucker spent 5 years traveling the U.S.A working commercial construction jobs. Through his travels he found himself back in Colorado working and finding time to pursue his passion in the woods and on the snow. Over the past years Tucker has found himself quite successful on his own hunts. After a trip to New Zealand hunting with South Canterbury Outfitters he decided to pursue a career in the hunting industry as a guide. When not guiding, Tucker can be found hunting with his bow, fishing, or on the snow jumping snowmobiles full speed for the cameras.